What is Carpal Tunnel Syndrome?

Carpal tunnel syndrome is a condition where pressure on one of the main nerves to the hand (the Median nerve) leads to uncomfortable pins and needles sensations in the hand and, in the more severe cases, numbness, muscle wasting and weakness in the hand. The nerve passes through a tunnel in the wrist that has bony floor and sides but the roof of the tunnel is formed by a strong ligament (the transverse carpal ligament).

In the majority of cases there is no known cause but often runs in families. Pressure on the nerve in the carpal tunnel can occur because of;

There are also some other conditions such as diabetes (which can lead to nerve damage if poorly controlled) and cervical spondylosis (arthritis of the neck and compression of the nerves in the neck), which are associated with an increased occurrence of carpal tunnel syndrome.

The diagnosis can be made from detailed clinical history and clinical examination without requiring special tests. However electrical tests (nerve conduction studies) are a useful investigation which can show slowing in the speed of conduction in the nerve at the site of compression if more than one location of nerve compression is suspected.

In some situations, such as in pregnancy, the condition may settle on its own once the hormonal changes have resolved after delivery of the baby.

Hand should be kept dry and clean until the stitches are removed. One week after the procedure the dressing are reduced by the practice nurse and the sutures are removed in the clinic 2 weeks after surgery. Normal daily activities and use of the hand is encouraged to avoid tendon and nerve adhesions immediately after surgery.

You should allow a period of approximately 2 weeks before driving and slightly longer if the procedure has been carried out on the left hand side as changing the gear and using the hand break may be difficult to perform. You will need to be collected from hospital after the operation. 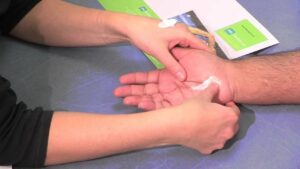 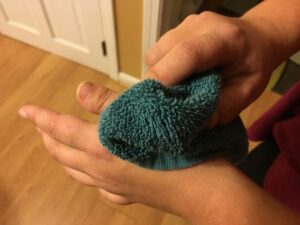 Charities to Donate to This Christmas 10 December,2020

Common Hand and Wrist Injuries Caused in the Kitchen 03 November,2020